The Richardson couple, who says they are being held against their will , is a step closer to their freedom. A new lawyer has been assigned to their case but there are still serious questions about why some of the rules were not followed

He says the rules are clear. Guardians in Texas must pass a test, clear a criminal background check and meet the qualifications to be a guardian. Michael Taylor is not certified by the board.

We called Taylor numerous times, even went to his office in Greenville.

“If you want to make an appointment, we can set you one up,” said a woman in Taylor’s office.

At first it appeared we would get to talk to Taylor but that changed when someone learned it was Fox 4 asking for his time.

“I can’t make an appointment. You will have to go through the attorney,” the woman responded.

We tried attorney Joe Aston. He represents Taylor the Guardian. No response from him. 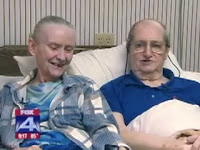 The Kidds say they are living at the Countryside Nursing Home against their will . The state argued the Richardson couple was incapacitated, unable to care for themselves, after Michael broke his hip and required surgery. Eugenia suffers from memory loss.

The Kidd’s Richardson house was scheduled to be auctioned off in a foreclosure sale but the home was pulled from the auction list . It cannot be sold unless the judge signs off on it. Ford says a wards home should never go into foreclosure if there is equity in the house. The guardian’s job is to protect the assets. The judge’s job is to ensure the best course of action is always taken.

The Kidd’s case is costing taxpayers. Bert Starr’s four thousand dollar bill was picked up by Collin County taxpayers. There is also a state attorney and an attorney for the guardian. Melinda Hartnett says she does not know who will be paying her to represent the Jean and Michael Kidd. She says she may take the case pro bono or the county could pick up the tab.

Full Article and Source:
The Kidds Closer to Freedom

Thank you for following this story.

And, thank you Becky Oliver, for continuing to ask the all important question: why weren't the rules followed?

I hope and pray the Kidd's are released from hell on earth. This is extremely upsetting to me.

Without media / press attention, the Kidd's situation would not be known or exposed.

Thank you for staying on top of this story, you can bet there are more unlawsful guardianship cases lurking in the case files at the courthouse.

Keep digging for the dirt.

Every cent of their legal fees should be paid by the state -- that includes the state's lawyers (predators) AND the lawyers for the Kidds.

The State of TX should turn in its certification. This case is a clear example of the State abusing its citizenry.

Michael broke his hip and required surgery and look where they are now -- incarcerated!

Should we all be walking around with walkers so we don't fall down because if we do, we may end up like Michael Kidd?

My heart and prayers are with the Kidd family. I hope they get released soon.

The state obviously needs to be taught not to pick on elderly or vulnerable people!

I read this story when it first came out and couldn't get it out of my mind.

What kind of a society are we living in?

And just think, the Kidds got media coverage. If they hadn't, they'd be another statistic by now.

Thank goodness for organizations like NASGA to fight this abuse.

I hope the Kidds join!

Dare the Kidds expect a measley apology from the State?