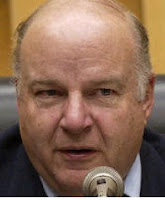 It’s easy to criticize former Luzerne County judges Mark Ciavarella and Michael Conahan now that the criminal charges against them are out, but they were still the kings of the courthouse when then-county controller Steve Flood challenged them over the detention center.

“Steve Flood was surrounded by corruption and stood up to it, and they did everything they could to hurt him,” said West Chester attorney Sam Stretton, who was Flood’s solicitor when he unsuccessfully attempted to subpoena the judges and others to obtain answers about the PA Child Care juvenile detention center.

Some lawyers privately supported Flood’s efforts but acted like they didn’t know him in public, saying they were afraid of retribution from the two judges, Stretton said. Many county employees and politicians tried to portray him as a nut case who spun wild conspiracy theories, he said.

“They were trying to make him look like a fool,” said county minority Commissioner Stephen A. Urban, one of the few county officials who publicly supported Flood’s efforts to get to the truth about the center.

This is what NASGA members go through -- the maligning and bad treatment.

When they are vindicated, it's too late. The guardianship is already in place and the wheels won't stop turning.

Yes, and just like all victims fear, this guy was afraid of retaliation.

And rightfully so, ask Lokuta!

I am sure Steve Flood feels vindicated now and that's a good feeling for him.

Yes, Anon 1, they're saying here that the county employees and politicians tried to portray him as a nut case who spun wild conspiracy theories.

Exactly like courts and guardians do to victims! Exactly!