Remember the Astor trial? The ongoing case raised questions about whether noted philanthropist Brooke Astor, diagnosed with Alzheimer’s disease, understood what she was doing when she changed her will in 2004, diverting millions that had long been promised to charities to her son, Anthony Marshall. Allegations also arose that her son and a co-defendant — charged with conspiracy, fraud, larceny and forgery — manipulated a confused centenarian into parting with her treasured $10 million painting.

The trial has lasted 18 weeks, twice as long as the judge originally estimated, but closing arguments finally began in a downtown Manhattan courtroom today. They’re expected to continue through Wednesday.

Headlines heralded the trial’s start last spring. Spectators, eager to see celebrity witnesses like Barbara Walters and Henry Kissinger and intrigued by the backstage glimpses into the life of a New York icon, crowded the courtroom.

Those of us who pay attention to issues affecting older Americans were fascinated, too, as alleged financial exploitation of the elderly — an abuse that also plays out among ordinary families in ordinary towns — got a national spotlight.

Then came a parade of more than 70 prosecution witnesses: Mrs. Astor’s famous friends, her doctor, home nurses and aides, housekeepers and maids, lawyers and handwriting experts, her two grandsons testifying against their father.

Summer arrived and ebbed, jurors were seen dozing or rolling their eyes, the courtroom grew emptier. We paid more attention to health care reform dramas, Iran’s election and Jaycee Dugard than to the question of what Brooke Astor, who died in 2007 at 105, truly wanted to do with her $180 million estate, and her lucidity or lack thereof.

But the issues the trial raises still matter. All forms of elder abuse are substantially underreported, experts say, and financial abuse — less apt to leave visible scars — is particularly difficult to investigate and prosecute.

Caregivers often worry that strangers may scam their elderly relatives, when family members themselves appear the more common culprits. And uncertainty about whether an old person is legally competent, and competent to do what, will surely intensify as lives lengthen and dementia rates climb. 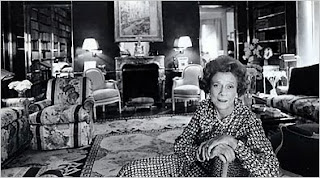 Mrs. Astor devoted her attention, and her fortune, to many causes; preventing elder abuse was never one of them. Maybe it will inadvertently benefit, nonetheless.

Guardianship itself, is out of control today.

If it isn't fixed, there'll be nothing left to pass under a Last Will and Testament.

Unfortunately, I think Brooke Astor will be remembered first for the end of her life, the scandal of the guardianship, and the awful hearing.

Her legacy is the life she left, but it will be overshadowed now and that's too bad.

It is sad that this trial will be what everybody remembers.

And let's face it, we don't know if Marshall is guilty or not. At his advanced age, he must be like a deer in headlights sitting there in the courtroom.

The author of this article said it very nicely.

You've posted an absolutely beautiful picture of Brooke Astor. I am sure that's how she'd like to be remembered.

What a nicely written summary!
How sad to have a good and caring life end like this. On the other hand, what protection do any of us have against abusive guardianship?