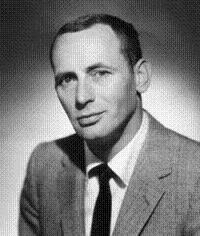 Joey Bishop's live-in companion, who was with him for his final eight years, won a round in her lawsuit against the comedian's former lawyers after a judge ruled that one of the attorneys cannot countersue her on allegations of financial elder abuse.

Reversing the tentative decision he issued Jan. 12 in favor of attorney Ed Gregory Hookstratten's motion, Los Angeles Superior Court Judge Ralph W. Dau ruled instead in favor of Nora Garibotti, the plaintiff in the case who argued that any countersuit should have been filed earlier.

Court papers allege that handwritten notes were the direct result of undue influence exercised by the caregiver, Garibotti, on the severely demented and incompetent Joey and therefore constitute financial elder abuse.

The final ruling was handed down three days after Dau had taken the motion under submission. The judge did not give an explanation for the his change of heart or his overall reasoning.

Oh my, I didn't know Joey Bishop had this going on.

It's happening to more and more famous (and wealthy) people.